The PlayStation 5 will arrive at the end of the year. No games have been officially unveiled yet, but on May 13th, Epic Games presented a demo of its Unreal Engine 5 on the Sony console.

Through a ten-minute video, the studio shows us what the future machine has in store for us, and it’s impressive.

What will the games on PlayStation 5 look like? Epic Games gives an element of answer with a first demo of its Unreal Engine 5 on the console.

For ten minutes, the studio shows what the future of gaming will look like and gives details of the processes used to achieve this. The video speaks for itself.

Keep in mind that this is just a technical demo on a simulated Tomb Raider that is not actually a real game, but a sequence optimized to have the best possible rendering.

However, this engine will be well used in the future by other developers to create real games, and not only on PS5.

No Games Under Unreal Engine 5 on Console

Dynamic lights, impressive particle effects, impeccable textures, enhanced animations to adapt to the environment: the Unreal Engine 5 promises a lot. Now it remains to be seen how developers will use it in the future.

If the PS5 is featured in the demo, the Unreal Engine 5 can be used for game development on Xbox Series X, PC, and even mobile platforms.

The first versions will be available to game creators in 2021. So don’t expect to see such great titles when the next-gen consoles are released in late 2020.

As a reminder, the Unreal Engine is a 3D engine developed by Epic Games, the studio also behind Gears of War and Fortnite.

By paying a license fee, developers can use this turnkey solution to create their own games. For example, Deus Ex (2000) used the original Unreal Engine.

We are currently in the fourth iteration of the engine, which has given birth to games such as Sea of Thieves and FF7 Remake. 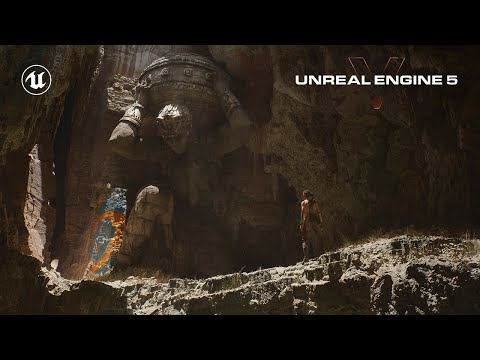